Lorin Stein and The Paris Review 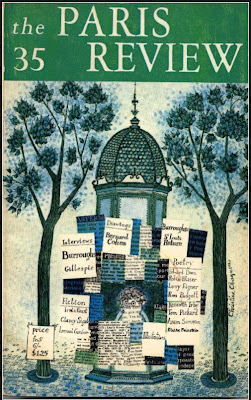 The Paris Review was founded in 1953 by Peter Matheissen, HL Humes, and George Plimpton to be the purveyor of the worlds best prose.
Plimpton edited the journal until his death in 2003. As Norman Mailer put it, he was the most loved man in New York. His popularity was fueled by a colorful and welcoming personality, his keen knack for throwing hugely entertaining fetes at the Review’s home office, and for his creation and mastery of participatory journalism. 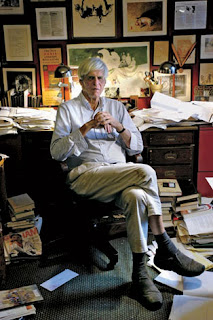 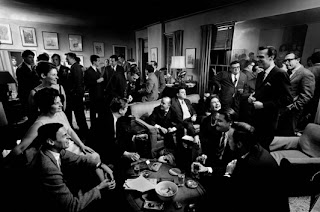 Plimpton would actually participate in a professional sport to fully understand it and report on it. “Paper Lion,” Plimpton’s 1966 book about the Detroit Lions exemplified this unique style of journalism.

On a personal note, one of my fondest childhood memories was being taken to Mr. Plimpton's July 4th celebration in the Hamptons. We'd all huddle on the beach and watch a fireworks display that rivaled any I've ever seen since. He really had a unique style of entertaining and the groups he'd bring together had this eccentric chemistry that made for such a lively evening. No matter who you were, you felt that as soon as you arrived at one of Plimpton's soirees.

Plimpton’s successor was Philip Gourevitch, a writer at The New Yorker. Although he grew the distribution of The Paris Review considerably, he was , “distinctly un-Plimptonian.”  An expert on the Rwandan genocide, Gourevitch included a lot more reportage in to The Review, and ultimately departed, after only a few years, to return to writing about Rwanda.
The newest editor, Lorin Stein, was a scholarship kid from the Adams Morgan part of D.C. Stein went on to attend Yale and then Johns Hopkins where he received a Masters degree in poetry.
After endless pitching and a couple of contributions to assorted literary mags, Stein ended up as a secretary at Publisher’s Weekly. There he edited thousands of book reviews and set his sights on finding a way in to the publishing house of Farrar, Strauss, and Giroux.
In 1998 he got a job as assistant to Jonathan Galassi, FSG president and publisher.
By 2007 he was regularly working on National Book Award nominees and editing authors the likes of Jonathan Franzen (Freedom) and Jeffrey Euginides (The Virgin Suicides). He anticipated a long career at FSG.
When Gourevitch retired from The Paris Review, the journal’s board approached Galassi for recommendations on a successor.
In April 2010, Stein took over as editor of The Paris Review.
The New York Times reports that The Review office has returned to the unique atmosphere that Plimpton created when he ran the journal. Martini glasses and dirty ashtrays are familiar on desktops and, once again, the home office is alive with soirees similar to those that hosted the likes of Mailer, Capote, and other literary giants.
Let’s hope that Mr. Stein’s latest life choice helps to reinvigorate the color of the city that faded to black and white when Plimpton left us.