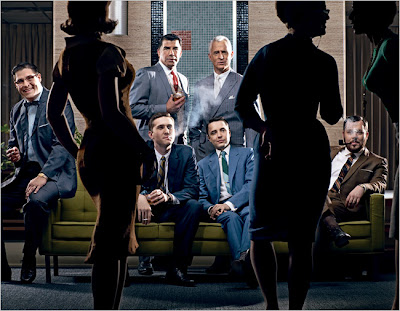 Set in New York City, Mad Men takes place in the 1960s at the fictional Sterling Cooper advertising agency on New York City's Madison Avenue. The show centers on Don Draper, a high-level advertising executive, and the people in his life in and out of the office. It also depicts the changing social mores of 1960s America.Mad Men features an ensemble cast representing several segments of society in 1960s New York, although it focuses more on Don Draper. Mad Men places emphasis on showing each character's past and their development over time. 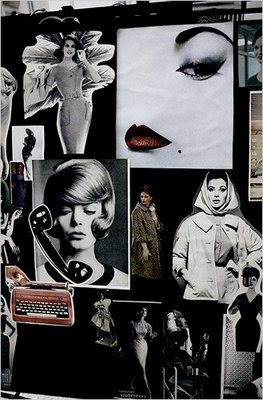 Mad Men depicts parts of American society and culture of the early 1960s, highlighting cigarette smoking, drinking, sexism, adultery, homophobia, antisemitism, and ethnic and racial bias as examples of how that era was so much different than the present. In the pilot, representatives of Lucky Strike cigarettes come to Sterling Cooper looking for a new advertising campaign in the wake of a Reader's Digest report that smoking will lead to various health issues including lung cancer. The show presents a subculture in which men who are engaged or married frequently enter sexual relationships with other women. The series also observes advertising as a corporate outlet for creativity for mainstream, middle-class, young, white men. Draper, observes at one point about Sterling-Cooper, "This place has more failed artists and intellectuals than the Third Reich." Along with each of these examples, however, there are hints of the future and the radical changes of the later 1960s; Draper’s wife, Betty's anxiety, the Beats that Draper discovers through his mistress, Midge, even talk about how smoking is bad for health (usually dismissed or ignored). Characters also see stirrings of change in the ad industry itself, with the Volkswagen Beetle's "Think Small" ad campaign mentioned and dismissed by many at Sterling Cooper.

Mad Men has received highly positive critical response since its premiere. A New York Times reviewer called the series groundbreaking for "luxuriating in the not-so-distant past." The San Francisco Chronicle called Mad Men "stylized, visually arresting …an adult drama of introspection and the inconvenience of modernity in a man's world". A Chicago Sun-Times reviewer described the series as an "unsentimental portrayal of complicated 'whole people' who act with the more decent 1960 manners America has lost, while also playing grab-ass and crassly defaming subordinates." The reaction at Entertainment Weekly was similar, noting how in the period in which Mad Men takes place, "play is part of work, sexual banter isn't yet harassment, and America is free of self-doubt, guilt, and countercultural confusion." The Los Angeles Times said that the show had found "a strange and lovely space between nostalgia and political correctness".