Manhattan has lost one of it's most colorful institutions. When Gino's Restaurant closed on Lexington Avenue and I saw that Sprinkles Cupcakes was moving in, I shed a tear. But, when I heard the news that Elaine Kaufman had died my heart broke.

For most of my childhood, Elaine's was a mythical place on the far reaches of the upper east side. My father was a successful restaurateur, so there wasn't much reason to visit another saloon. Besides, there were stories of intense competition and resentment that I chose to steer clear of. My father's illustrious career in the business eventually ended badly, he and my mother were no longer together, and I had left town to pursue my own career in points west.

In the blink of an eye, Elaine took my father in and gave him a seat at her table where he stayed for more than a decade. Although I had moved away, when I'd return home, my first few steps off the plane always lead me to Elaine's. In those ten plus years, I made up for the lifetime where Elaine's had only been a Woody Allen location or the lyrics to a Billy Joel song.

I spent nights along the right wall that were rich in great stories from fabled authors, journalists and film makers. I had dates in the back room listening to Donald Fagen, Dr. John, and others. This was a New York nightspot that was so thick with history and notoriety that one could never truly appreciate the multitude of moments that happened between 8pm and closing.

A few years before my father passed away, he and Elaine had another falling out. A misunderstanding that never rectified itself. He was never as happy as he was when he held court at Elaine's and no one ever made him feel as special as Elaine Kaufman did.

Tonight, I hope there is a table for them both up there with George Plimpton, with Norman Mailer, with Frank Sinatra, and all the other regulars who made Manhattan swing and made Elaine's New York's quintessential night spot. 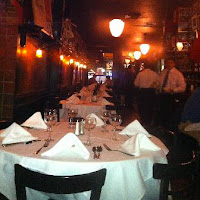 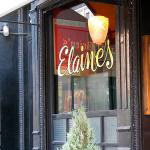 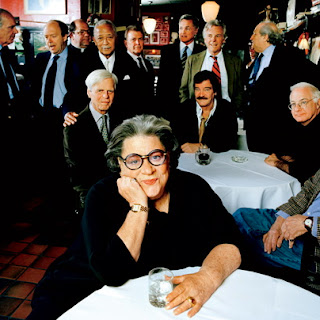